For the past decade, Chad Carrier has fronted SoCal’s Big Mess, a popular punk-tinged rock & roll outfit that tours the western states throughout the year. The band is set to release their 7th album “Mid-Life Crisis,”  in early 2019. Chad was also a founding member of Easter, a popular 80’s post punk band who had a #1 hit on The World Famous KROQ and three videos on MTV,  He has also been a member of other notable bands including Lovedog and The Black Eyed Susans. He co-wrote “Pop,” the Academy Award nominated song from the film “White Irish Drinkers” a member of the Irish folk band The Shillaly Brothers.

Chad’s solo acoustic performances feature many of his original songs from a wealthy catalog built up over a career that spans more than three decade  as well as a handful of carefully chosen cover songs ranging from Bob Dylan to Suicidal Tendencies, from Johnny Cash to The Cramps, Iggy Pop and beyond!

CHAD CARRIER "STOP WHAT YOU'RE DOING" FROM THE ALBUM "LEGEND" 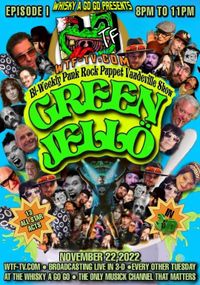 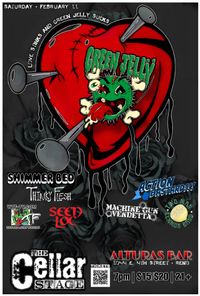